Bulgaria and Saudi Arabia will sign an Agreement for the Promotion and Mutual Protection of Investments. This became clear during a meeting between the Minister of Economy and Industry Nikola Stoyanov and the Minister of Investment of Saudi Arabia Khalid Al-Falih. Minister Stoyanov handed his Saudi counterpart the draft agreement, prepared by the Bulgarian side, which is to be examined next week by the Council of Ministers.

The document is a basis for deepening of the economic relations between Bulgaria and Saudi Arabia and for realizing the huge potential for cooperation in various fields between the two countries. The agreement reaffirms the commitment of both countries to create better conditions and environment for new investments and projects, in strict compliance with the legal framework in this area. The purpose of the document is to define an investment framework and rules for investment management between the two countries, which will provide greater certainty and predictability for companies. 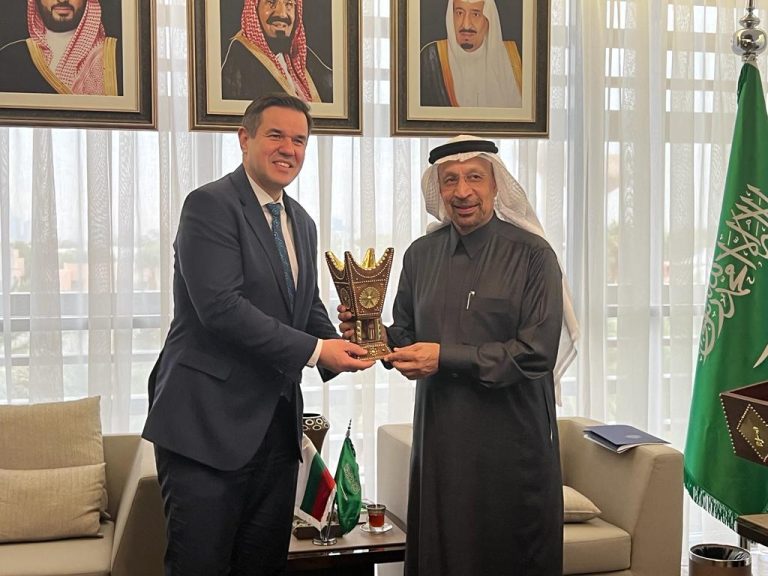 ‘Over the years there have been many talks on investment between our two countries, but the framework to give a real impetus has been missing,’ Minister Stoyanov stressed. He added that investment between the two countries remains at an unsatisfactory low level. ‘Against this background, our trade is growing twice and this is an achievable goal in the field of investment for the coming years,’ Nikola Stoyanov added.

Bulgarian companies are a sought-after partner by Saudi companies in the mining industry. This became clear during the meeting between Minister Nikola Stoyanov and Minister of Industry and Mineral Resources Bandar Al-Horeif. They also agreed to organize exchange visits at business level to study the experience of the two countries and launch concrete projects.

Minister Nikola Stoyanov congratulated Minister Al-Horeif for the initiative and the good organization of the Future Minerals Forum. Over 6,000 participants from around the world, including more than 100 ministers and officials, industry, business, government and academia took part in the forum, which is organised by the Saudi Ministry of Industry and Mineral Resources and the Public Investment Fund.

The meetings were attended by Mr. Varban Benishev — Chargé d’Affaires of the Embassy of the Republic of Bulgaria in Saudi Arabia and Mr. Peter Moisov — Bulgarian Commercial Attaché in Riyadh.