Direct investments from France amount to 1.028 billion euros and the French companies doing business in Bulgaria are over 200. This became clear during a meeting in the format “breakfast with investors”, which the Minister of Economy and Industry Nikola Stoyanov held with representatives of the French business in Bulgaria.

“French companies have created over 15,000 jobs in Bulgaria,” Minister Stoyanov said. He stressed that as such a large employer it is important for these companies to have a direct dialogue with the minister and to raise any problems they have. “Our goal is to look for solutions together and to identify priority areas where we can deepen the partnership,” the Economy Minister further stressed.

France is a traditional trade and economic partner of Bulgaria. In addition to political, cultural and historical ties, the two countries also have good trade relations, with trade between Bulgaria and France growing by more than 17% in 2021 compared to 2020 and amounting to 2.2 billion euros.

Exports from Bulgaria to France include products of mechanical engineering, food and pharmaceutical industries, sunflower oil, mineral fertilizers, corn, essential oils, etc. In this regard, Minister Stoyanov highlighted the fact that our country’s exports to France increased by 18% and amounted to 1.2 billion euros last year.

The concept of changing the way of working and managing industrial zones in Bulgaria was also presented. Among the main problems presented by the French business, representatives were the shortage of staff and the need to expand dual training.

The meeting is organized with the support of the Embassy of France in Bulgaria and the French-Bulgarian Chamber of Commerce and Industry.

This is the third in a series of “breakfast with investors” meetings. Such meetings have already been held with the representatives of Austrian and German businesses in Bulgaria.

The Ministers of Energy and Economy and Industry Rosen Hristov and Nikola Stoyanov visited the Greek liquefied gas terminal Revithoussa. The meeting was hosted by the CEO of the Greek operator DESFA Maria Rita Galli. It was also attended by the directors of Bulgargaz Denitsa Zlateva and Bulgartransgaz Vladimir Malinov. Ministers Nikola Stoyanov and Rosen Hristov visited the Revithoussa liquefied natural gas terminal.

During the tour of the terminal, opportunities for long-term strategic cooperation were discussed. Among the main topics discussed was the potential possibility to increase the technical capacity of the Greece-Bulgaria interconnector from 3 to 5 billion cubic meters per year. The installation of additional compressor capacities to increase the pressure in the system of the Greek gas transmission operator was also discussed, as well as the timeframe for the implementation, the form and the participation in the financing of these activities. The delegation also followed the process of unloading the LNG tanker from Norway, destined for delivery in November under the contract between a Greek supplier and Bulgargaz. Ministers Nikola Stoyanov and Rosen Hristov visited the Revithoussa LNG terminal.

The meeting is part of the two-day visit of a Bulgarian delegation to Greece led by Deputy Prime Minister and Minister of Transport and Communications Hristo Aleksiev. 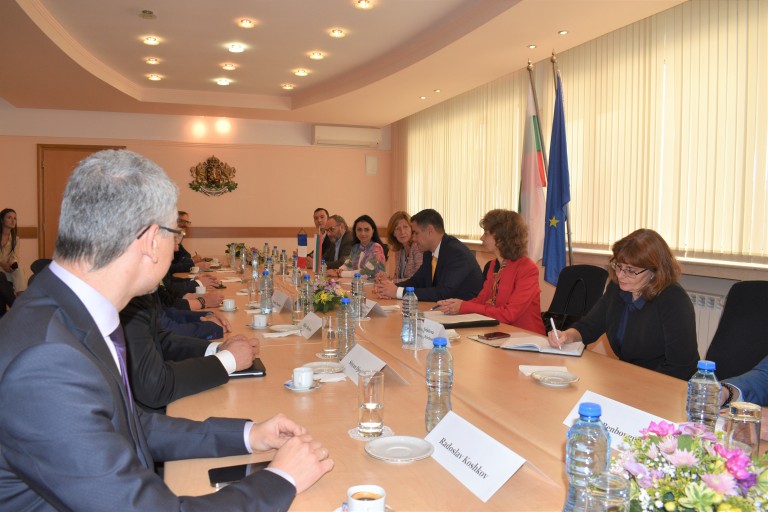