Do not expect from me continuity in the inaction that Kornelia Ninova had towards Northwestern Bulgaria. This is what the Minister of Economy and Industry Nikola Stoyanov said during a press conference today in Montana to present the investment intention of a German company to build a floating solar park on the Ogosta Reservoir. He urged the local public not to believe the political speculations that have been spreading in recent days on this topic.

“Dialogue with the local community is extremely important and that is why I am here two days after we received official confirmation from the company. The final decision whether such a project will be implemented in your region will be taken after a thorough analysis and extensive discussion of all its aspects,” Minister Stoyanov underscored. He clarified that the state is currently not committed to anything other than exploring the possibility of implementing this new technology, which has not been implemented in Bulgaria so far. 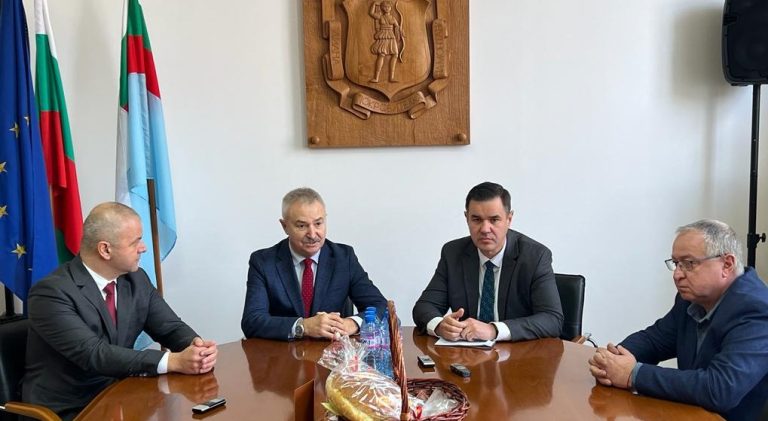 “We are aware that the central issue here is the impact of the project on the environment and it is key for us to preserve all economic activities at the reservoir,” Minister Stoyanov was adamant. According to him, precise estimates are still to be made, but at this point the project is expected to occupy about 40% of the reservoir’s area.

“In terms of direct and indirect economic benefits, I can state that such an investment has not been made in our country so far. Apart from 1 billion euros, which is the initial assessment of the facility, the investor has declared readiness for a complete repair of the dam, which according to estimates will cost about BGN 20 million”, the Minister of Economy specified. According to Stoyanov, the German company has stated that it is ready for the project to be implemented by Bulgarian companies, which is another chance for business and will open jobs. “In all the decisions we will take on the subject, the state interest and safety are first and foremost,” Nikola Stoyanov was adamant.

The briefing was also attended by the Mayor of Montana Zlatko Zhivkov, the Regional Governor Valeri Dimitrov and the Executive Director of the State Consolidation Company Ventsislav Dimitrov.