Minister of Economy and Industry Nikola Stoyanov held a meeting with Park Heong-joon, Mayor of Busan, South Korea. The meeting was also attended by the Ambassador of the Republic of Korea to Bulgaria H.E. Lee Ho-shik and the President of the Busan Chamber of Commerce and Industry Jung In-hwa. 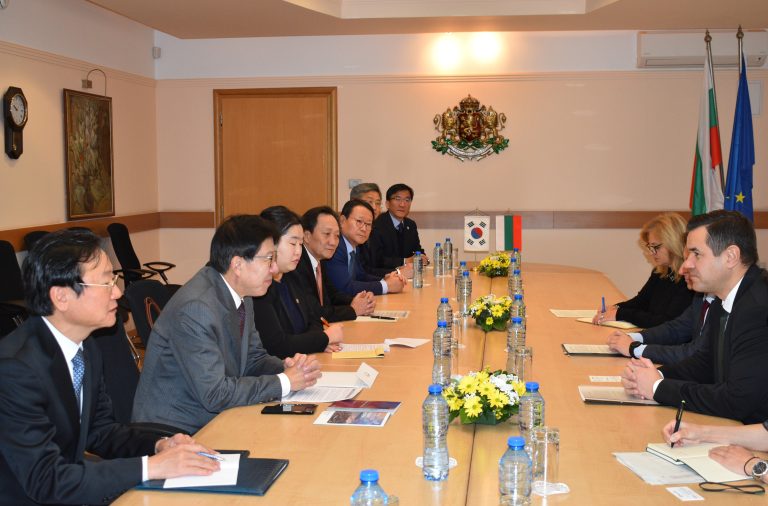 During the meeting, Park Heong-joon handed over a letter on behalf of Korean President Yoon Suk-Yeol expressing the Republic of Korea’s desire to deepen bilateral cooperation in a number of areas of mutual interest. “South Korea is a traditional and priority partner of Bulgaria and I am sure that together we will work to intensify and deepen the socio-economic ties between our two countries,” Minister Stoyanov said.

The two sides agreed that there is huge potential in sectors such as digitisation, energy (with a focus on green energy) and the defence industry.

During the meeting, the Mayor of Busan presented the city’s candidacy to host the World Expo 2030.