Complete your higher education at home or abroad, but then apply your knowledge in Bulgaria, because the development of any country is based on young and educated people. With these words, the Minister of Economy and Industry Nikola Stoyanov addressed the 12th grade students of 170th Vasil Levski HS, Novi Iskar, who were visiting the ministry today at his invitation. During the meeting, Minister Stoyanov presented the activities of the institution and his work to the graduating students. 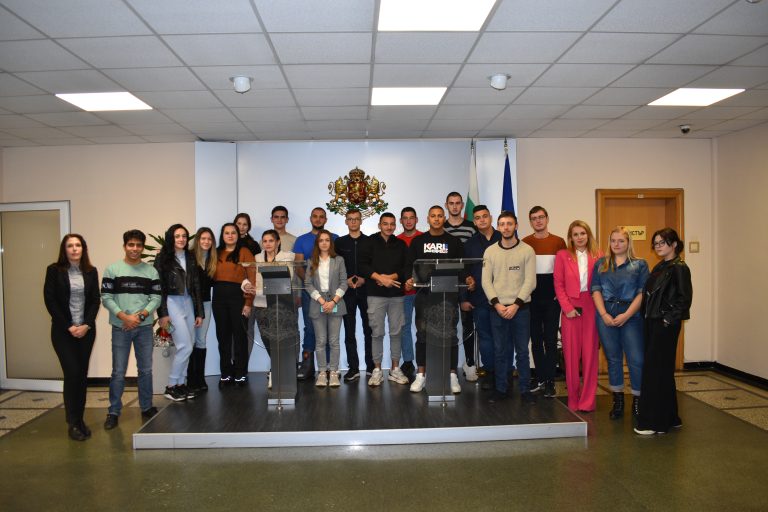 “We live in an open world and an open economy that gives you many opportunities to work, but the choice you are about to make is what determines that”, the Minister said. He pointed out that the opportunities for realization in the country are really many, and the developed technologies give a chance to work in a foreign company, even from home. “Today’s world is based on the knowledge economy. Without foreign languages, without computer literacy, without skill development, it is difficult and even impossible to achieve your goals”, Nikola Stoyanov added.

The minister presented the results of the 12th edition of the Rating System of Higher Education Institutions in Bulgaria, according to which graduates of higher education in Bulgaria are finding better and better employment in the labour market, unemployment among them is decreasing, and the average insurance income of graduates is increasing. It is clear from the data that the most preferred majors at the moment are economics, pedagogy and medicine.

After their visit to the Ministry of Economy, the students took a tour of the Industrial Zone – Bozhurishte. There they visited the logistics centre of JUSK and the production base of Multivac, where they learned about the activities of the two companies and the opportunities for professional development offered by the industrial parks in our country. 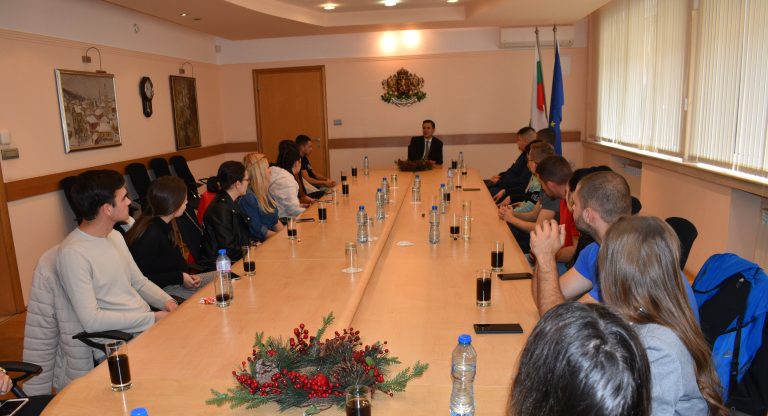