The caretaker government achieved a reduction in fuel prices of nearly 20% and reversed the rate of inflation for the first time in 18 months. This was announced by the Minister of Economy and Industry Nikola Stoyanov during a press conference to report on the work done, which was held today at the Ministry. He pointed out that in August 2022, the energy supply situation in the country posed the question not of whether manufacturing plants would close, but when.

‘One of our first tasks was to start negotiations with Lukoil and as a result we reached an agreement for the company to relocate its economic activity and pay its taxes in Bulgaria,’ Nikola Stoyanov said. He added that the next logical step was to use the funds received from the company’s surplus profits to secure measures to support consumers and work was already underway in this direction. ‘I hope that next week the Council of Ministers will consider additional measures to support public transport commuters,’ the Economy Minister further commented. They will include 40% cheaper public transport cards for pensioners, 70% discount for students and free travel for children up to 10 years, it became clear during the event.

Nikola Stoyanov presented graphs on the fuel price movements in Bulgaria compared to six other countries in Europe. They show a decrease of 15% for diesel and 20% for A95 petrol in Bulgaria over this period, with no other country in the survey showing a similar decline. ‘Claims that international factors are the reason for the price decline in the country are strongly refuted by the data presented,’ he stressed. 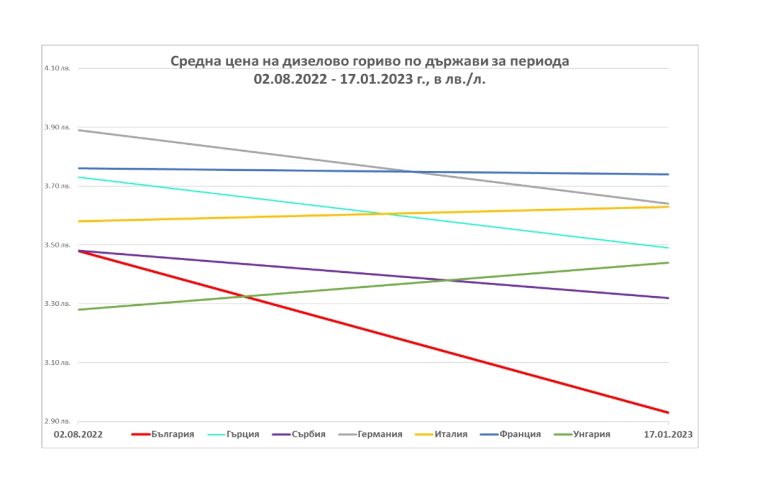 The Minister of Economy also focused on the work in recent months on industrial parks in the country. ‘We have changed the way we plan industrial zones, which are a real tool for balanced regional development. We work in constant contact with the municipalities and our main goal is to reverse the approach and instead of large industrial zones, to start investments in smaller ones, but in regions with employment problems’, said Nikola Stoyanov. A link has also been established between data on extractive industries, transport connectivity and the industrial sector so as to plan for future sectoral specialisation of industrial parks.

‘When I took over the management of the ministry, more than 1/3 of the Trade and Economic Affairs Offices were empty and Bulgaria did not have trade attachés in key countries such as Italy, France, the USA, China, India, etc.’, Minister Stoyanov explained and added that until recently there were no criteria to evaluate the work of trade representatives abroad. In his words, rules have already been developed to regulate their activities and their dialogue with Bulgarian municipalities and businesses has been significantly improved.

‘Investments can and should be a tool for raising people’s incomes’, Nikola Stoyanov stressed. He added that in recent months the focus has been on attracting foreign investors who are willing to offer attractive salaries for their employees. ‘Bulgaria should stop advertising itself as a destination with cheap labour. On the contrary — we have highly qualified experts and we should look for investors who will add value to our economy,’ the Economy Minister said. According to him, equally important is the presentation of the opportunities of Bulgarian companies and their support to start more joint projects with partners from other countries. 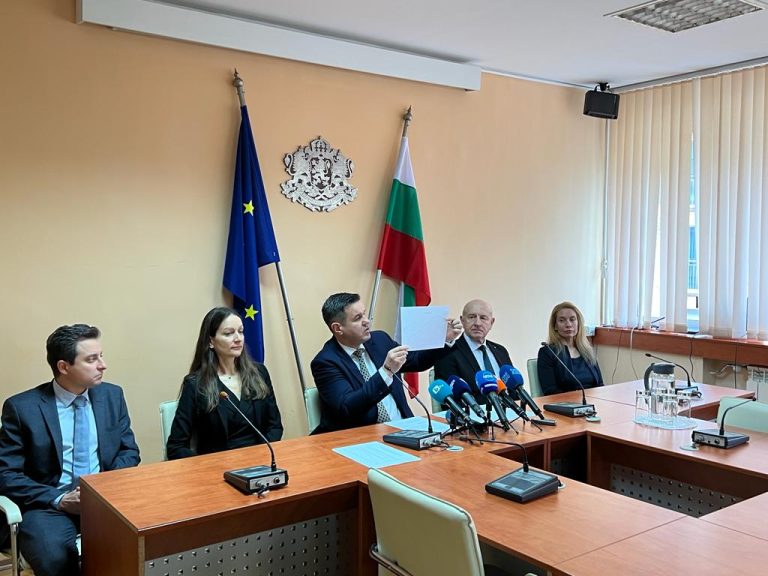 ‘We have launched a series of meetings with foreign companies in our country because they are one of our most important ambassadors abroad,’ Minister Stoyanov said. This is an initiative that is very positively received by foreign companies in Bulgaria and contributes to improving the business environment.

Investment protection agreements with the United Arab Emirates and the Kingdom of Saudi Arabia have also been prepared for these few months. ‘For years there has been a lot of talk about investments from these countries, but our country has not even met the formal criterion for this to happen by signing these important bilateral documents. I am glad that in just 6 months we managed to prepare the texts and I hope this will give a real boost to investments from these countries’, Nikola Stoyanov commented.

The press conference was attended by the Deputy Ministers of Economy and Industry Irina Shtonova, Dimitar Danchev and Yanko Topalov, as well as the Head of the Political Cabinet Stanislava Yalamova.