An investment in decarbonisation worth over BGN 300 million is about to start in Varna district. This is one of the largest single investments made by an operating company in the last two decades.

The investment program of the Devna plant of Solvay Sodi AD was presented to the Minister of Economy and Industry Nikola Stoyanov during his visit to the company today. The Minister took part in the programme on the occasion of the company’s 25th anniversary.

“When, in the conditions of a series of crises, a company invests such an amount in decarbonisation, it is a sign that it is looking to the future and is an example of sustainability and a real circular economy,” the economy minister said. On site, he inspected the newly built installation of the bicarbonate of soda plant, which cost over BGN 60 million.

“In 2022, we are seeing a nearly 45% growth in the export of chemicals, and for the first eight months of the year the total value of exported production from this sector exceeds BGN 7.2 billion,” Stoyanov further said. He added that many of the companies in the Varna region have maintained their competitiveness and are making a significant contribution to the country’s economic performance. “The chemical industry in Bulgaria employs over 13 thousand people and these are people with very specific competences. We, as a country, together with such strategic employers, should keep these people in the sector, invest in improving their competences and, together with that, in creating new staff who are the future for the region and for our country,” the minister said. 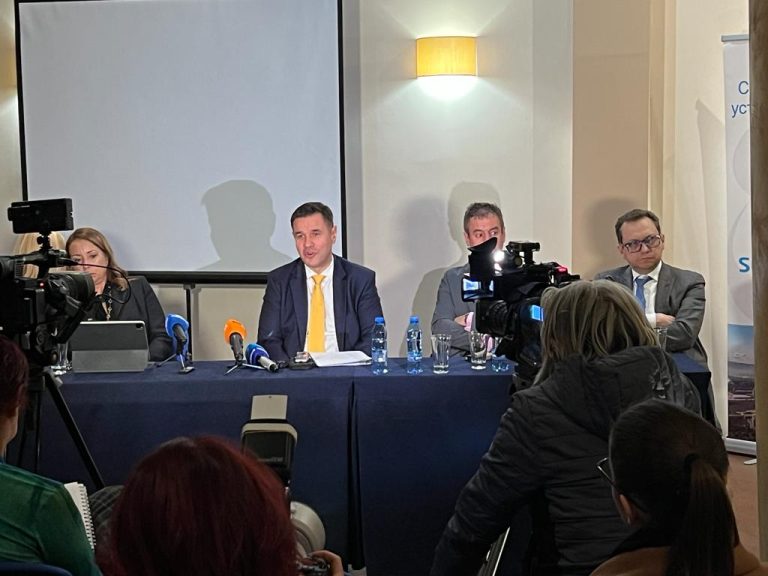 During his visit to Varna, Minister Stoyanov held a meeting with representatives of other enterprises from the region. At the meeting they discussed issues related to the energy transition and decarbonisation of enterprises, as well as various opportunities and financial instruments to support companies.

The Ambassador of the Kingdom of Belgium to Bulgaria, H.E. Mr. Frederic Morris, as well as the CEO of the internatonal group Solvay, Mr. Ilham Kadri, who is in Bulgaria to celebrate the anniversary, took part in the visit.